The Here and There of Writing

I recently came across an article about teaching  across different cultures and it was as if the writer was telling my story.  The article looked at three categories that I thought were so apt that I decided to borrow them in reflecting on my own transition . 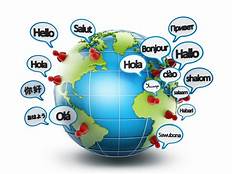 As a teacher of English from an island in the Caribbean, transitioning to teaching in Canada  is much like moving from the intense heat of the tropics to the extreme cold of North American.

Having been schooled and trained in a British system of education, the wearing of uniforms in school is what I am accustomed to. Uniforms had to be clean and pressed and shoes polished to a shine. I was genuinely surprised to see dirty runners and jeans and girls in short shorts in the class here in Canadian schools. Additionally, my former  students could not wear tattoos (unless covered) and piercings while in uniform. The interaction with authority figures (teachers and principals) was also vastly different here in Canada from my own country or in other areas of the Caribbean. For example, like Pavlov’s classical conditioning students stand up when the teacher or principal enters the classroom. The teacher/principal also had right of way on the hallways and corridors. I recall to this day getting a lecture from my principal Sister Mary Bernadette for going through a door before her.

Do I conform and eat with chopsticks or do I ask ask for knife and fork?

The expectation was that we wait for the principal to enter or exit the doorway first.

In reflecting, I now acknowledge that cultural expectations/norms in the classroom are culture driven and vary from place to place – even from school to school.  As members of a culture – and participants in its educational system, our students implicitly learn a set of patterned behaviors.

My personal favorite is being in a classroom here in Canada, the bell goes, and the class disappears before my eyes. I was used to students waiting for me to say, “class dismissed, you make go”. If it’s the last class of the day, students say, “Good afternoon teacher and classmates”, to which I invariably respond, “Good afternoon class, enjoy the rest of your day”. So,  how have  I dealt with the differences? I use what the article calls Cultural Intelligence. How does this work in teaching in another culture?

I borrow this definition of cultural intelligence from the Carnegie Mellon’s Eberly Centre for Teaching Excellence and Educational Innovation:

Cultural intelligence does not involve mastering a set of specific rules for each culture. Rather, it requires that instructors develop a flexible set of skills, including the ability to listen and pay attention, reflect on the meaning of underlying behavior, seek out relevant information and advice, and adapt resourcefully. It also requires being aware of, and willing to challenge, one’s own cultural assumptions.

This definition resonates with me. I refer to it often to keep alert to cultural issues , both overt and underlying. One thing I do in a new situation is talk less and observe and listen more. I had a few hiccups with words that mean something else in my language and another here.

My favorite one is commiserating with a student and in wanting to show empathy I said, “Hush, it will be okay”. I later learnt that she though I was telling her to ‘shut up’ with the use of the word ‘hush’. In my culture, saying ‘hush’ a way of saying that you understand and empathize with what the person is going through.

One thing I have had to learn fast is the sub – culture within the culture.: namely the presence of indigenous First Nations People and the perception, stigma and cultural norm and practices of this group.  Initially, I did not have a cultural context when persons used words such as ‘res- mobile’ or  ‘res-muts’ or say that somewhere looked like an ‘ Indian reservation’. It was long after that I realized that the terms were quite pejorative and one that I should avoid using.  Reading the history of Canada and specifically Treaty education,  provided valuable insights into issues needed to navigate the classroom and particularly in my current working context where my population is First Nations.

The question that I constantly wrestle with is; does ‘ good’ writing vary from culture to culture? If yes, what cultural norm do we use ?

An article I read suggested that good writing differs from culture to culture. In some cultures , flowery  and overblown language in writing is acceptable while others directness and brevity.  While issues of grammar and mechanics are consistent, issues of styles and content are cultural.  When I just came here I found the use of the word ‘wanting’ to be strange. For example, “If you are wanting to come to the party, let me know early.” Up to that point it was strange usage for me and I would even think it incorrect because I was used to saying.  “If you want to come to the party , let me know early.” Neither is incorrect but are cultural affectations. My use of the word bonnet for the hood of the car or trolley for shopping cart were strange for my students. Conversely some cultural references , unique to my culture I could not use in teaching nor did I understand some, particularly those references to the quintessential sport of hockey.

Finally, I think that the conventions to follow would be the academic writing standards of the culture within which I am operating. That does not mean that I cannot incorporate my own cultural heritage or the culture of other students in order to meet learning objectives.